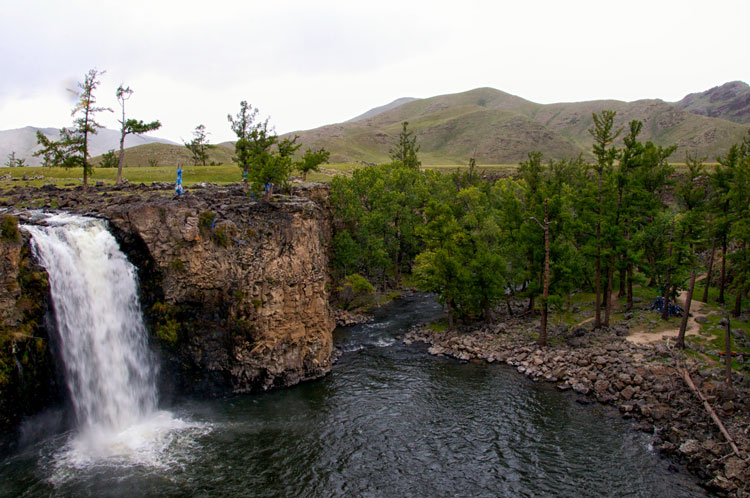 Orkhon waterfall ( Ulaan tsutgalan), is over 25 m high Ulaantsutgalan is the biggest waterfall in Mongolia and one of the most attractive destination in Orkhon river valley, UNISCO World heritage site The waterfall  is located on the Orkhon River in Bat-Ulzii, Uvurkhangai province. Its width is about 10 m. The surrounding areas of the waterfall was formed by volcanic activities dated back approximately 20,000 years. When a smaller river named Ulaan (meaning Red) flows into Orkhon river the water drops over the edge with height over 25 and makes the waterfall. That is why, locals called it Ulaan tsutgalan which meaning Red's Flows.