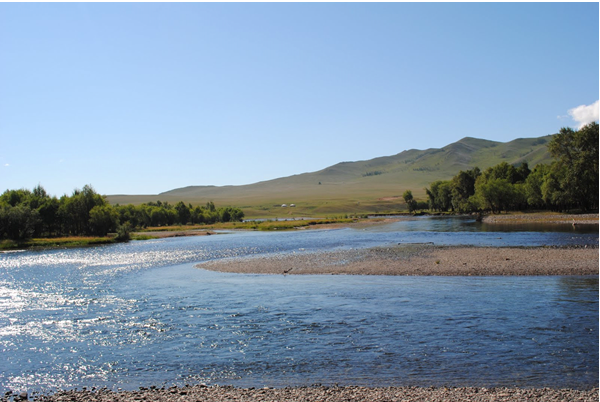 Tuul river flows along the Central and Norh Mongolia and sacred by the Mongols. It is 704 km long and drains an area 49,840 square km. The Tuul is generally called the KhatanTuul or Queen Tuul.

Tuulriver is originated from Khentii Mountains, its water runs through the southern part of the Ulaanbaatar. It is a tributary of the Orkhon River, which flows into the Selenge River, and Lake Baikal.It is typically frozen over from the middle of November through the middle of April. The willow forests grow along the Tuul River, and the river itself is home to endangered species of sturgeon.

Airag is Mongolian traditional drink. Rural people making summer time in it. 1000-3000 times bit it in cow' skin bag. (leader bag) Mongolian people used to airag in Naadam festival, wedding, New year and others. Some people can drink 2-3 letre one sit. Airag has included 7-8% of alcohol. So you will drink a lot of airag maybe you hang over. Airag is Mongolian respect and safely drink so you never to spit and drop it outside. During the Naadam and New year festival who win the wrestling competition people present him one big bowl airag. Also horse racing competition whose horse win people drop the airag horse's croup. Mongolian famous and tasty airags originated from Bulgan. Arkhangai, Ovorkhangai provinces. Airag gives strength and cheerfulness and it destroys pathogenic microbes in the intestines and helps improve the living body metabolisms. 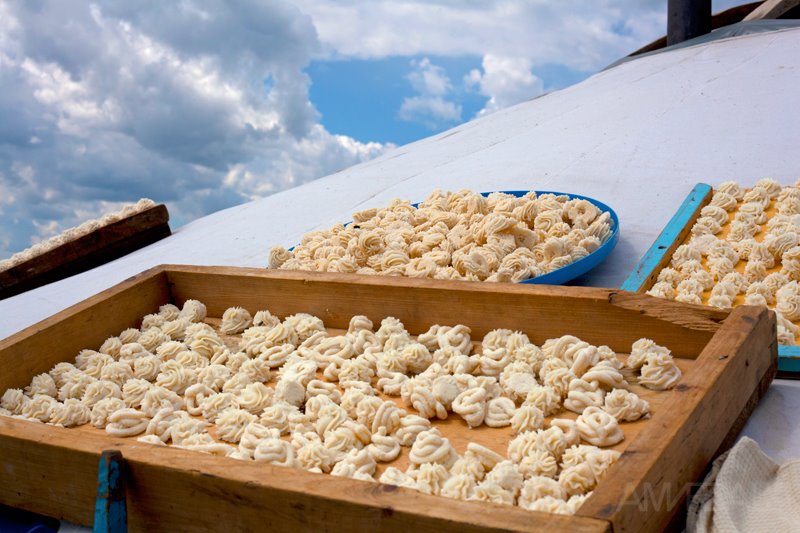 Leave the milk (usually from cattle, yaks, camels) to curdle. Lift out the solid components with a fine cloth and let as much of the liquid drip off. Then press the mass into a cake of a few cm height between two wooden boards, weighted down with stones.

Cut the solid cake into pieces of about 10 length. Arrange the pieces on a wooden board and put them into the sun for drying. In Mongolia, this happens on the roof of the ger. A cover of fine white cloth will keep the birds away.

The dried pieces can be stored almost indefinitively. They can get quite hard, so most people rather suck than bite on them. The taste may vary regionally and depending on the milk used, but usually includes a combination of sweet and sour.